ComicFesta Anime Zone began bringing out ecchi smut romance anime shots based on the manga adaptions beginning with Sōryo to Majiwaru Shikiyoku no Yoru ni… in April 2017. It was followed by Skirt no Naka wa Kedamono Deshita in July 2017 and Omiai Aite wa Oshiego, Tsuyoki na, Mondaiji. in October 2017.

ComicFesta followed up with more releases in 2018. We had the release of 25-Sai no Joshi Kōsei: Kodomo ni wa Oshierarenai Koto Shite Yaru yo in January, Sweet Punishment in April, Onna no Ko ga Ochita saki wa, Ore no Musuko no Sakippo Deshita in July and finally Shūdengo and Capsule Hotel de, Jōshi ni Binetsu Tsutawaru Yoru. in October. 2019 began with the release of Papa Datte, Shitai in January and Araiya-san! ~Ore to Aitsu ga Onnayu de!?~ premiered on 7th April. The latest anime series by ComicFesta XL Jо̄shi (XL Boss) will premier on 6th October 2019.

All these anime have a few things in common. They are all essentially short anime series as previously noted. Also, in all of them, we have a guy dominating a girl. Additionally, they would all fall under the genres of Romance, Ecchi, and Josei. Maybe this hybrid anime deserves a genre of their own. 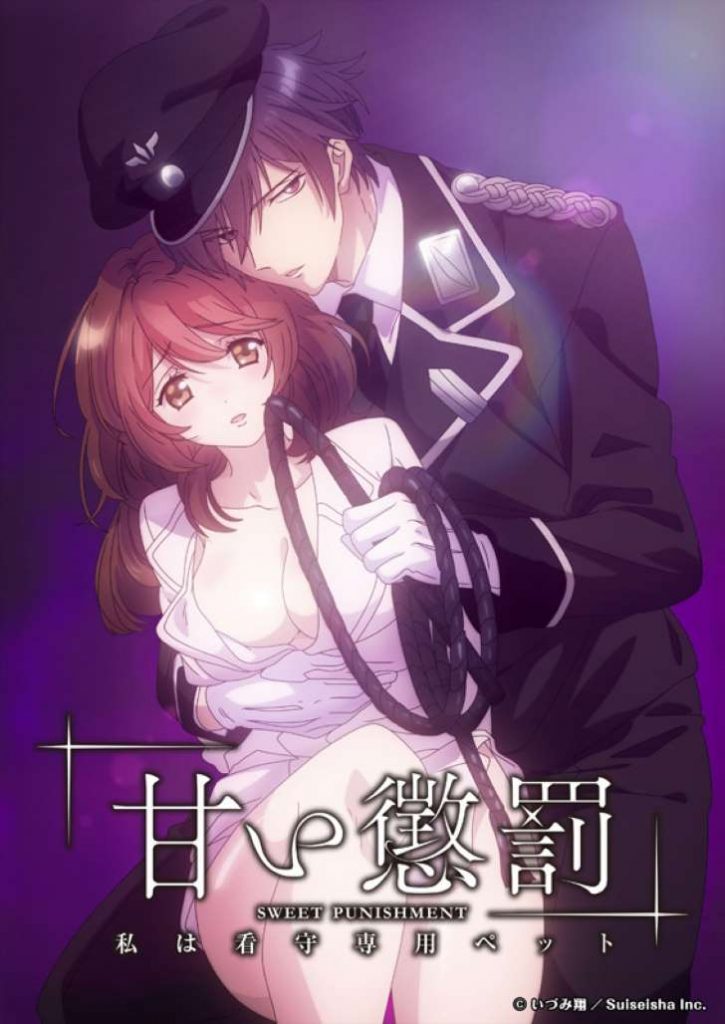 The story is set in a prison in the near future. It revolves around Hina Saotome, imprisoned despite her innocence, and the elegant yet sadistic guard Aki Myoujin. Hina’s heart and body are at the mercy of Myoujin’s “heartless yet sweet domination” from physical examinations to lovers’ prison visits. (Source: ANN)

I am going to skip talking individually about each series as they pretty much have similar characteristics. It will be quite repetitive if I were to review them individually. Also, not to mention troublesome ^^). Hence, I will summarise them as a whole so that you can sure of knowing what you are going to get.

Some reasons to note:

Secondly, the art in these kinds of anime is somewhat decent. Well, it is expected to be so after all. The female leads are beautifully drawn and are often cute and sexy. Also, since the overarching theme in all these series seems to be of a domineering guy ‘playfully’ molesting a submissive girl, the sex appeal of the female MC is amazing. The female MC is weak, shy and very defenseless. This leaves the male MC to unleash his sadistic pleasure at his will. If this is something that draws you then surely check these series out.

Finally, these anime due to the very nature of their plot raise serious questions regarding non-consensual sex, voyeuristic behavior, moral sense, and sexual assault. If the presence of any of these is going to disappoint you then it is recommended that you keep away from these anime series. The target audience for the anime is primarily women with submissive fantasies or so it seems. So be sure to have the right expectations before you are going to check these series out. Now let’s get started with the list.

First in the list of anime similar to sweet punishment is: 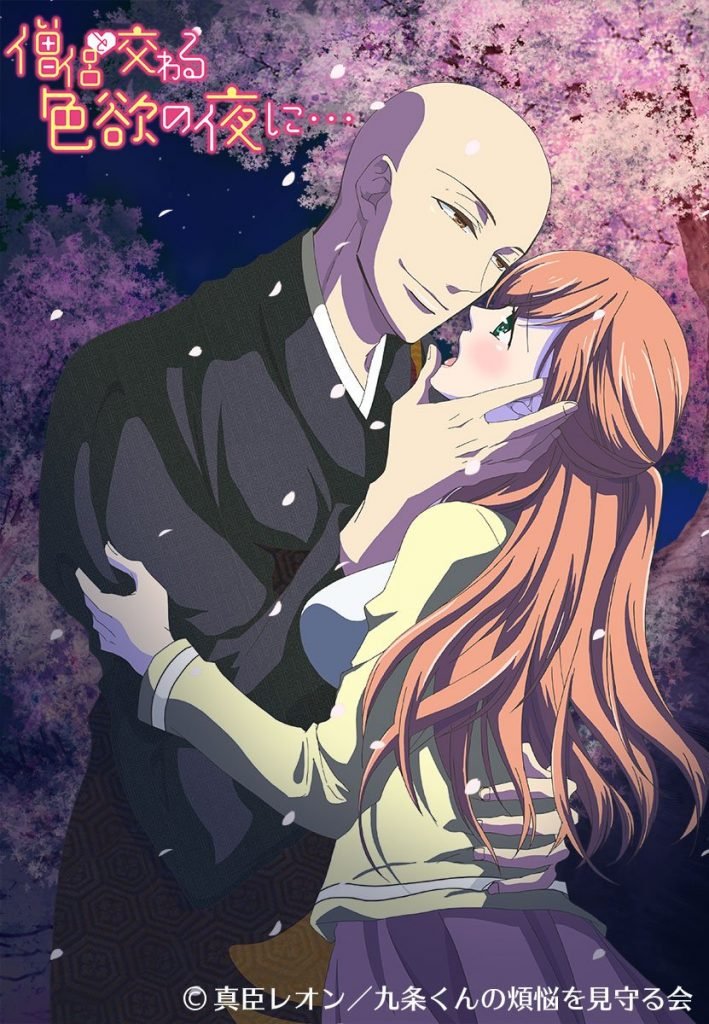 At a high school reunion, Mio Fukatani reunites with a classmate she has not seen in years—Takahide Kujou. She had always wanted to know more about the kind-hearted boy in high school, but once she realizes that Kujou has become a monk, she believes that any chance of getting to know him romantically is slim. Deciding to drink away her sorrows, she ends up walking home drunk, and surprisingly, running into Kujou who helps her get home.

Second in the list of anime similar to sweet punishment is:

My Marriage Partner is My Student, a Cocky Troublemaker 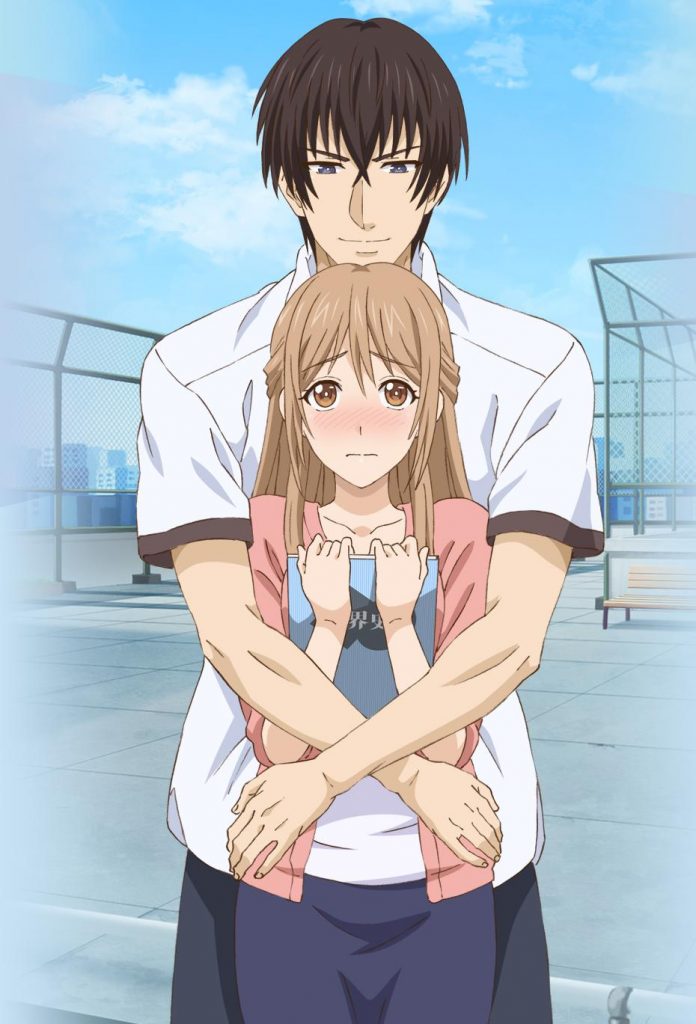 See Also: Why these SAO characters ruined the show with their appearance

Teacher Nano Saikawa hasn’t given much thought to marriage, but her father’s friend wants her to have a marriage interview with his son, Souichirou Takamiya. After the interview, they spend the day together. As they gradually become more comfortable with one another, Souichirou asks for her hand in marriage.

Things quickly heat up between them, and the two wind up in bed together. However, when she removes his glasses, she discovers he is not Souichirou; he is actually one of her problem students, Souji Kuga!

Souji’s explanation is watertight: when he realized his brother was to be Nano’s intended, Souji posed as him in order to be with her. And what’s more, he is even confident that his family will approve of their marriage. However, an illicit relationship with a student is the last thing Nano wants. But will she be able to resist his charms, especially when her body begins to ache for his? (Source: MAL)

Third in the list of anime similar to sweet punishment is: 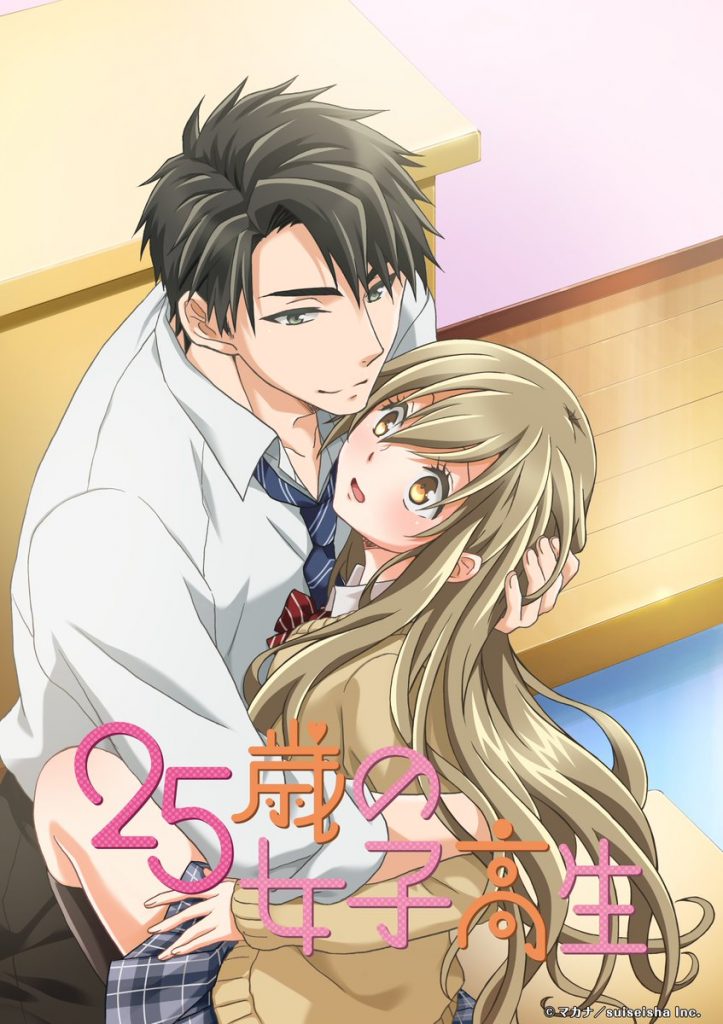 The romance story centers around Hana Natori, an earnest, good-natured 25-year-old woman whose cousin refuses to go to high school. Hana takes her cousin’s place and attends high school. On her first day, though, Hana’s ruse is discovered by her former high school classmate Okito Kanie -- who happens to be the high school’s world history teacher. (Source: ANN)

Fourth in the list of anime similar to sweet punishment is:

There’s a beast under the skirt, A wolf in women’s clothing 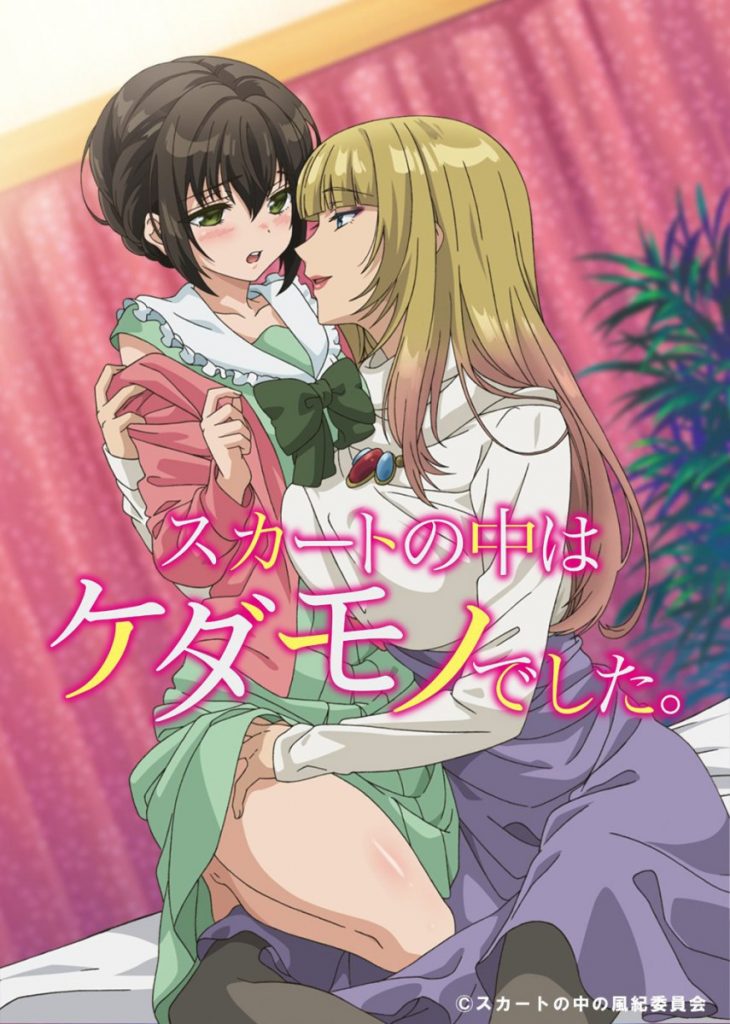 Shizuka Kominami is a shy college student who, despite her bashful demeanor, attends a college mixer. There, she meets Ryou Kirishima, a beautiful, confident woman whom she quickly befriends. After leaving the mixer together, the two spend the night talking and drinking. But when an inebriated Shizuka ends up at Ryou’s apartment, one thing leads to another, and she finds herself being seduced by her new friend. And what’s more, Ryou is actually a cross-dressing man!

Fifth in the list of anime similar to sweet punishment is: 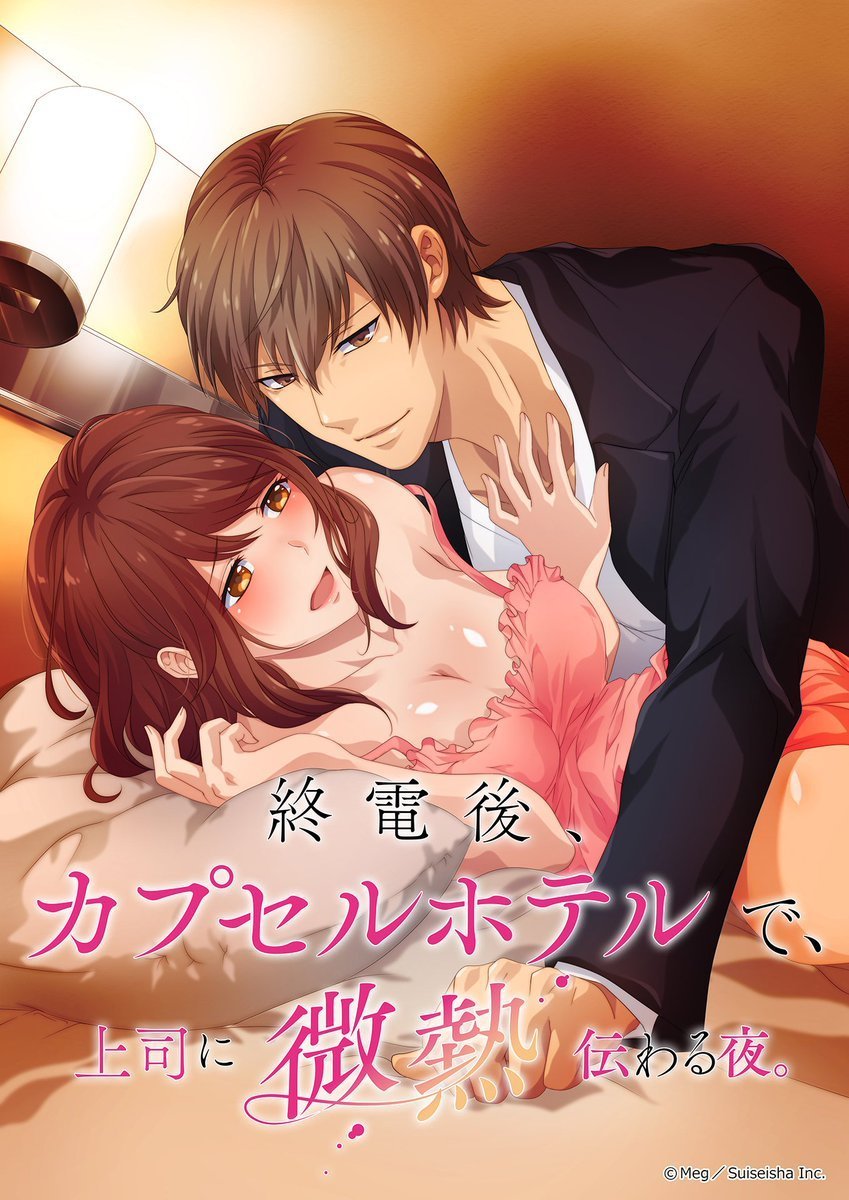 A subordinate and her superior alone inside a capsule hotel!?
One day Minoru gets drunk at a party after quarreling with her superior Hadano and misses the last train home. They head to a capsule hotel and because of some happenings, they stay together in one room!?
I should not be made conscious… at least she thought so… but as she is close enough that even a slight heat can be felt, it is impossible for her to stop her heart from beating fast because of the glimpse of his face…
The love of the two who cannot be straightforward to each other begins. (Source: Manga Tokyo)

The series follows the story of Minori and her boss who always seem to be on bad terms with each other. This makes it a bit awkward for them to comfortably talk and communicate but surprisingly love blooms between them. One night, the office worker and the boss are forced to share the same room of a capsule hotel. Soon they find themselves attracted to each other. Furthermore, the male model Kei also confesses his love for Minori and so a love triangle begins. So, who finally will end up with Minori?

Sixth in the list of anime similar to sweet punishment is:

Miss Washer!: Her and I in Female Bath!? 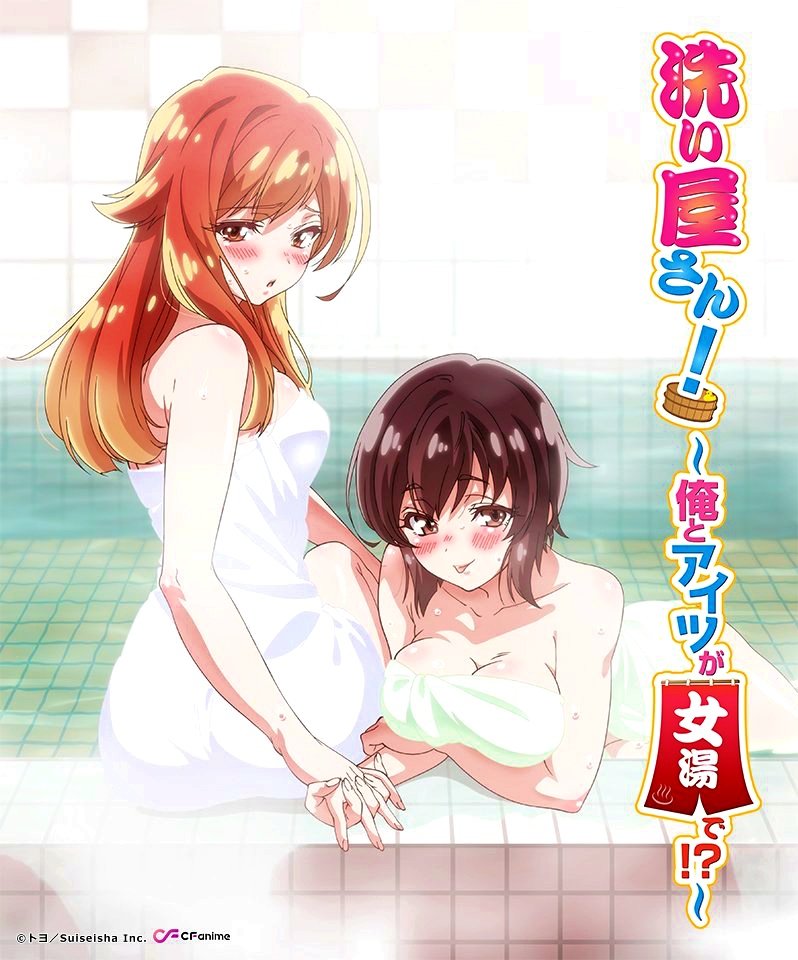 “Is This Really Massage…?” Souta started to work part-time at sentou, which is his hometown, as a back washer, ends up washing Aoi, who is his classmate but trying to cover her identity… As he massages her with days of hate from her harassment continues, He realized that Aoi has in love with him one-sided…! When he touched her hot skin, She also realized that the one who washes her is Souta. A love comedy between clumsy guy and girl behind the red curtain! (Source: MAL News)

The anime will follow the story of a male student, Sōta Tsukishima. He begins to work at his family’s public bathhouse as a back washer. One day, Sōta’s classmate Aoi Yuzuki visits the bathhouse while concealing her true identity. When Sōta ends up washing Aoi’s back, a relationship between the two begins to develop.

Top 20 Best Romance Webtoons Which You Should Check Out Right Now!

Seventh in the list of anime similar to sweet punishment is:

Fire in His Fingertips 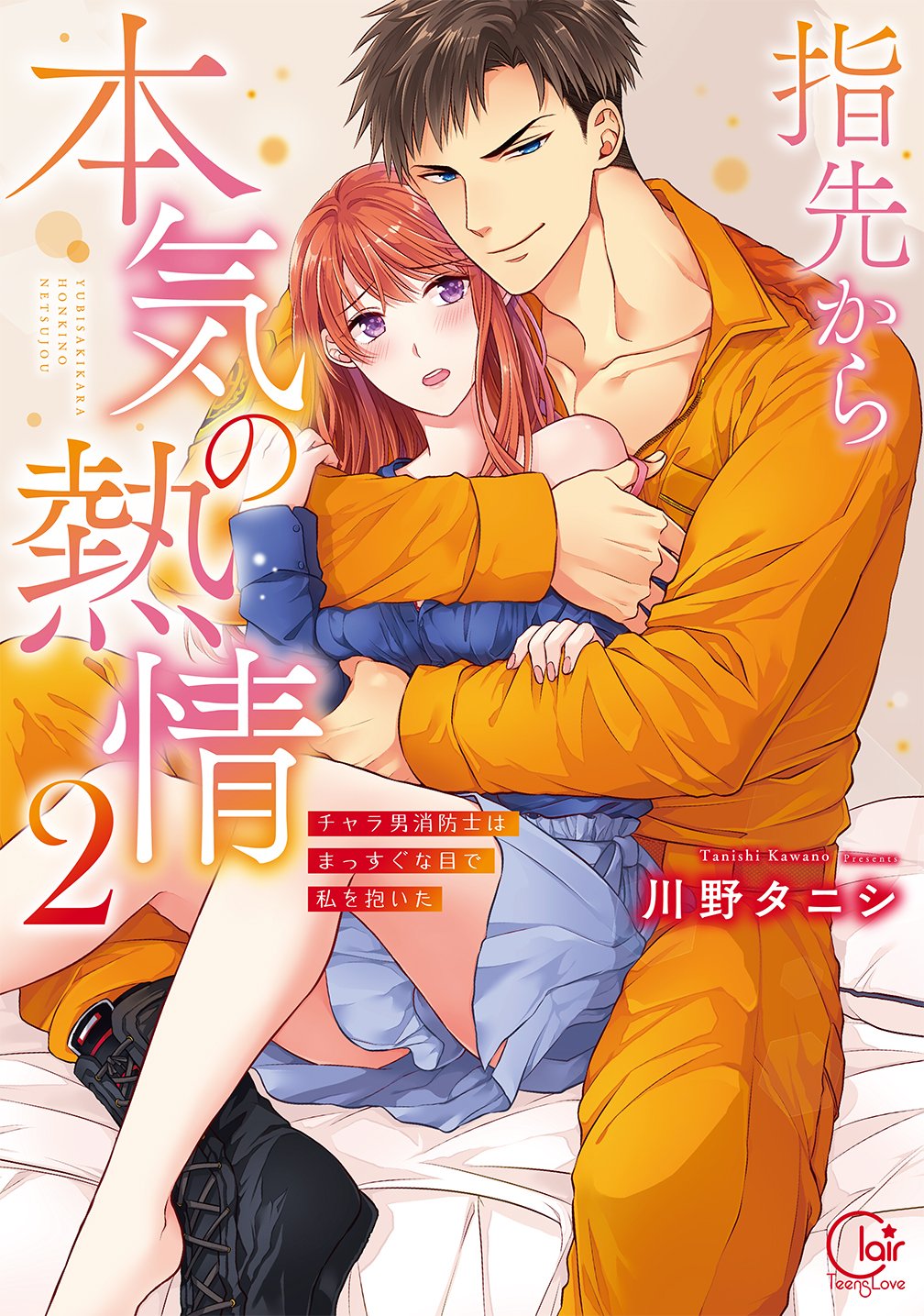 “I can’t get enough of how you’re so strong-willed, but you still lose yourself in me.” I never wanted to be held by a flirty man… But for some reason, inside his strong arms, his warmth feels so good… (from Coolmic)

Eighth in the list of anime similar to sweet punishment is: 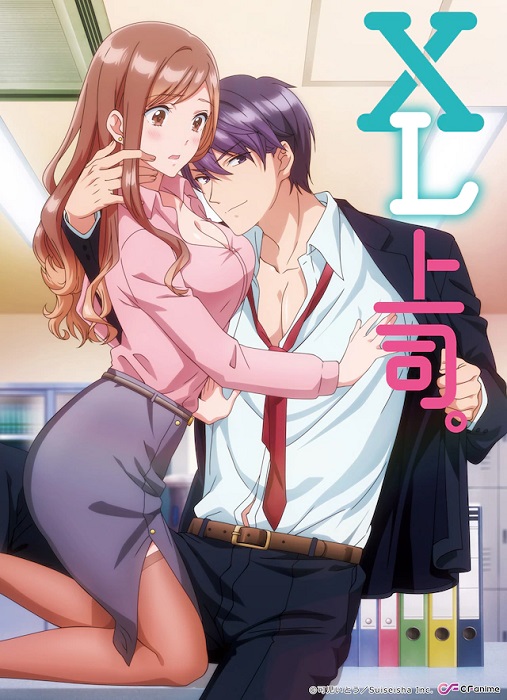 The story centers on Saki Watase, a female office worker who is running out of money. She takes a part-time job as a product tester and has to review an XL-size condom. Keisuke Sudō, Saki’s “demon boss” she dislikes, reveals that he is XL-size. A romance then develops between Saki and Keisuke. (Source: ANN)

Ninth the list of anime similar to sweet punishment is: 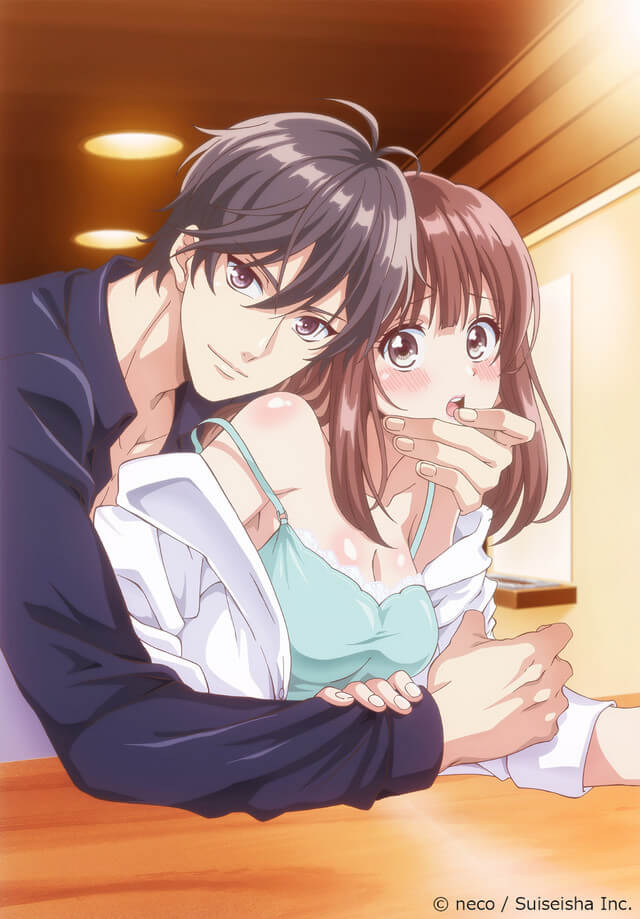 Fumi works as an assistant at a popular salon in the city and is aiming to become a hairdresser. She receives strict guidance from Sousuke, the salon’s charismatic hairdresser and manager. Every time he touches Fumi, she becomes agitated. One day after the salon closed, Fumi … (Source)

Fumi is a hairdresser who works hard in a popular salon but his manager Sousuke has eyes on her. Also, it’s confusing and agitating for her at the same time whenever Sousuke makes a move. While still in confusion, an incident happens where Sousuke pushes the boundaries and Fumi didn’t stop her for she couldn’t come to say no. This drama and chaos adds up to the sexual tension and serves you one of the sizzling romances in anime.

Also check, Netflix Anime 2020 And Why We Are Excited About It!

With these ecchi anime series, we end the list of anime similar to sweet punishment. If you have watched any of them already do share your views with us in the comments.

Also here is a list of 200+ Best Anime Big Boobs Characters for the curious you.

Today we take a look at 8 Light Novels receiving an anime adaption in 2018. This is a more simple list so don’t consider it a list recommending anime to you. Think of it more as a list that informs you which light novels currently has an anime ongoing and which will get an anime next season. If you do happen END_OF_DOCUMENT_TOKEN_TO_BE_REPLACED

Demon Slayer has a grasping storyline and no wonder if END_OF_DOCUMENT_TOKEN_TO_BE_REPLACED

So, you must have been binging on Netflix for the END_OF_DOCUMENT_TOKEN_TO_BE_REPLACED

Smut is defined as a style that is regarded as END_OF_DOCUMENT_TOKEN_TO_BE_REPLACED

Manga is full of exciting characters, and today we have END_OF_DOCUMENT_TOKEN_TO_BE_REPLACED

Under this article, I intend to cover some much needed END_OF_DOCUMENT_TOKEN_TO_BE_REPLACED

Welcome to the top 100 hot anime girls list to END_OF_DOCUMENT_TOKEN_TO_BE_REPLACED

Demon Slayer or Kimetsu no Yaiba is here to show END_OF_DOCUMENT_TOKEN_TO_BE_REPLACED