Kirby: Star Allies marks the pink puff’s debut on Nintendo’s latest console, the Switch. First shown at a Nintendo Direct in 2017, the game is slated for a March 16, 2018 release. Kirby will be in a four-player co-op adventure as he teams with Helper Allies and saves the world. You can view the game’s most recent trailer -- revealed this past January -- here.

Kirby: Star Allies will be Kirby’s first home console video game title since 2015. The last release was Kirby and the Rainbow Curse for the Nintendo Wii U. However, this is Kirby’s first canonical platformer since the release of Kirby’s Return to Dream Land, on the Wii, in 2011. Seven years ago, Return to Dream Land brought forth the co-op concept from Kirby Super Star, and revitalized it with four-player action. Players could choose between Kirby’s allies, which included Meta-Knight, King Dedede, Waddle Dee, or even another colored Kirby. The three characters could use unique abilities, while the Kirby players could use copy abilities like the lead Kirby. The four-player co-op was part of a trend, to include influence from New Super Mario Bros. Wii and Rayman Origins. The latter was released within a month’s time frame from Return to Dream Land.

Kirby: Star Allies aims to bring back the 4-player co-op action. In this case, it will be using Helper Allies, which debuted in Kirby Super Star. Kirby will befriend enemy characters and they will assist him in battle. 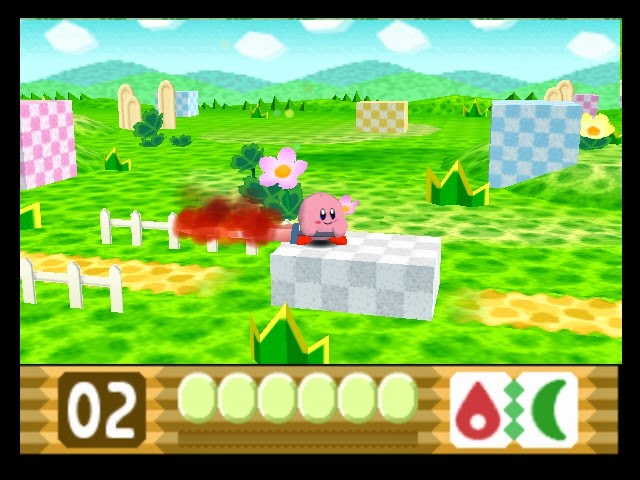 The game continues from Kirby: Planet Robobot, but will feature an all-new story. There will be many obstacles for newcomers and veteran players alike. If this is your first Kirby game, or you’re buying for a loved one, it will make a wonderful addition to the Switch library.

What’s the story behind the development of Star Allies and recent Kirby titles?

Kirby was created by Masahiro Sakurai, whom many know for his creation of the Super Smash Bros. series. He designed Kirby’s Dream Land for Game Boy, Kirby’s Adventure for the NES, Kirby Super Star for the SNES, and Kirby’s Air Ride for the GameCube. Sakurai also designed the remake to Kirby’s Adventure, Kirby’s Nightmare in Dream Land, released for the Game Boy Advance in 2002. Among the spin-offs and other titles, such as Kirby’s Dream Land’s sequels, however, Sakurai began shifting away from designing the Kirby series. He has been focusing on other endeavors, Super Smash Bros. being one of them.

A different team at HAL Laboratories handled Kirby games. Kirby and the Amazing Mirror, Kirby: Canvas Curse, Kirby: Squeak Squad, and Kirby’s Epic Yarn are a few example of the projects made by different teams. However, Kirby Super Star continued to be one of the most popular games in the series. Its polish, balanced challenge, plethora of Copy Abilities, modes, Arena, and co-op made it a special title. Nintendo decided to remake the title, releasing it as Kirby Super Star Ultra, for the Nintendo DS, in 2008.

Boasting a fresh coat of paint, Kirby Super Star Ultra set out to recapture the magic of the original SNES classic. Directed by Shinya Kumazaki, Kirby Super Star Ultra boasted new modes and challenge. This included a redo of “Spring Breeze” made more difficult as “Revenge of the King.” Meta-Knightmare mode also returned from Kirby’s Adventure, giving the swordsman rival his own adventure. The story lead him into a perilous battle against the dangerous and powerful rival swordsman, Galacta Knight. Finally, the True Arena mode gave veteran players an all-time challenge that anyone could appreciate. Bosses hit harder and included special versions of the deadly bosses.

What was the impact created by Shinya Kumazaki’s direction?

You can read more about Shinya Kumazaki here, reviews.

Return to Dream Land set out to recapture the magic of Super Star. The added co-op also heralded the return of the multiple copy abilities, the Arena, and the True Arena. The game offered a plethora of modes and challenges. Also note, from Super Star, the descriptions of bosses. These were pieces of lore added to the game. You could learn about the bosses and perhaps their motives.  The series sometimes has its dark moments, as the descriptions told of tragedy. These were some of the rewarding parts of clearing the game 100%. It is always worth playing to see how much the story develops, especially in one as deceptively simple as Kirby.

Triple Deluxe and Planet Robobot also set forth that example, returning the aforementioned modes, as well as adding new playable modes -- King Dedede in Triple Deluxe and Meta-Knight in Planet Robobot. The latter 3DS title also returned key powerups to the series, such as Jet, Mirror, UFO, and even the Smash Bros. ability. The Smash Bros. was exclusive to Kirby and the Amazing Mirror for GBA. Star Allies is almost certain to continue the trend of bringing back long-gone abilities, stirring the nostalgia for many veteran Kirby players. Compared to prior Kirby games, like Amazing Mirror and Squeak Squad, Copy Abilities sometimes had a single-function move. They were meant for simple purposes, whereas the ones in Super Star function as combo attacks.

Return to Dream Land was the first game in the series to bring back the multi-power moves from Super Star. Its 3DS successors followed suit. This will also prove to be fun abilities with new attacks which new players will certainly enjoy.

Who would enjoy Kirby: Star Allies the most?

Kirby’s audience ranges from any age. Children will appreciate the cute visuals and its easy learning curve. Veteran players will enjoy the challenge provided by latter parts of the game, such as the Arena modes, the replay modes, and its overall charming, well-polished design. Any fan of the series is certain to recognize some of the tunes used in the game. Kirby has a history of remixing many tunes from the series, and Star Allies is sure to follow in that trend. There are nostalgic callbacks from each recent game in the series, notably Return to Dream Land, Triple Deluxe, and Planet Robobot. Some of these include the boss battles against classic characters, including Meta-Knight and King Dedede!

Some bosses look quite tough!

As the newest game will be made by this team, I have no doubts it will be stellar. Whether you play solo or want to play it with your friends, Kirby: Star Allies will give you the best experience the series will deliver. Given the talent behind the game, the level of polish, the creativity of abilities, the level design, and its beautiful charm, this is the next title worth getting. Get it on the Switch on March 16, 2018! 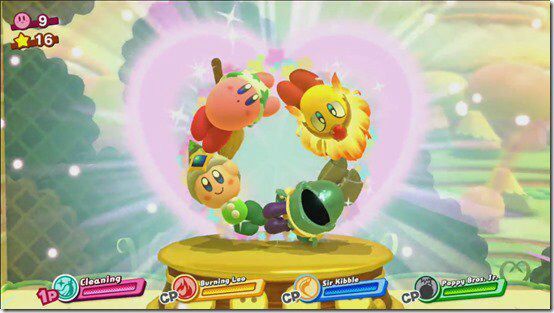 With the rise of anime popularity in the west, there has been much more demand towards adult anime series. Luckily for us, there have been a lot of adult/seinen shows airing in recent years. Netflix has taken an interest in the anime industry. Therefore, there has been an even more significant rise in the adult anime industry. With Netflix bringing END_OF_DOCUMENT_TOKEN_TO_BE_REPLACED

2 Replies to “Kirby: Star Allies is the next big game for the Nintendo Switch!”

So, you must have been binging on Netflix for the END_OF_DOCUMENT_TOKEN_TO_BE_REPLACED

Smut is defined as a style that is regarded as END_OF_DOCUMENT_TOKEN_TO_BE_REPLACED

Manga is full of exciting characters, and today we have END_OF_DOCUMENT_TOKEN_TO_BE_REPLACED

Under this article, I intend to cover some much needed END_OF_DOCUMENT_TOKEN_TO_BE_REPLACED

Welcome to the top 100 hot anime girls list to END_OF_DOCUMENT_TOKEN_TO_BE_REPLACED

Demon Slayer or Kimetsu no Yaiba is here to show END_OF_DOCUMENT_TOKEN_TO_BE_REPLACED

The games depict a life story of  Han Jihan, who END_OF_DOCUMENT_TOKEN_TO_BE_REPLACED