The Ys series debuted in 1987, the same year The Legend of Zelda came out on the NES. It’s comparable to Zelda due to having the familiar protagonist carry a sword, the gameplay that features a top-down view, and the similar quests of saving princesses and saving the world from evil. Ys’ storied history is filled with character lore, stories, and a connecting plot spanning over eight games. The series is notable for its constant protagonist – Adol Christin – its evolving battle mechanics through each game, and some of the best soundtracks you’ll ever hear in the Action RPG genre. Ys VIII is a particular example. 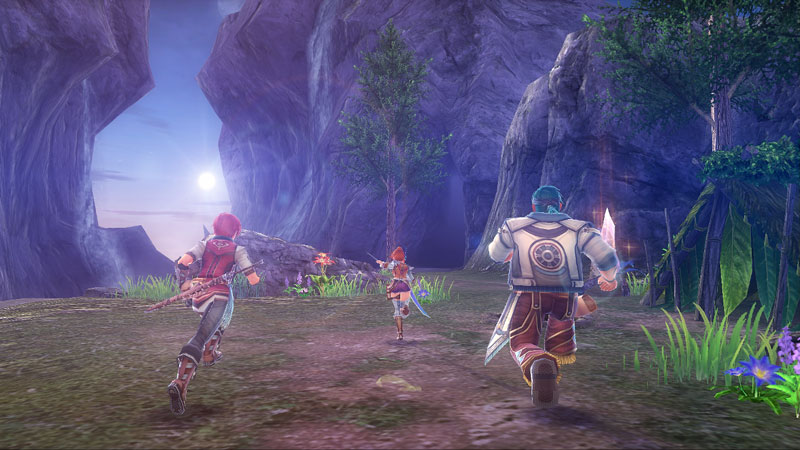 What is Ys VIII: Lacrimosa of Dana?

Released on PS4 and PS Vita in 2017, it is a 3D Action/RPG title. There are hack and slash elements and multiple party members to choose from. The real time combat allows for quick combos and you can switch your characters based on their weapons. Utilize their weapons to exploit the weaknesses of enemies. As a result, the use strategic switching of characters – at the press of a button – and keep the tide of victory in your favor!

Ys VIII currently holds a score of 85 on Metacritic. This is due largely to its mesmerizing soundtrack, an abundance of side-quests, fast-paced battle system, character development, and engaging storyline. You’ve been shipwrecked on an island and must find the survivors aboard the Lombardia. Together, you all build a village and protect it all the while searching for more members. The people all come together so they can survive on the island till they can escape. However, there are mysteries surrounding the island, to include a mysterious girl, that must be discovered.

Is Ys VIII worth owning?

First of all, if you own a Nintendo Switch and don’t own a PS4, this JRPG is worth owning. It’s comparable to Xenoblade Chronicles 2 in that the battles are in real time. However, the action is more akin to something like Dynasty Warriors, albeit with fewer mobs. You jump, you slash, you unleash special skills, and you switch with party members. Compared to the last Ys game I’ve played – Ark of Napishtim – this feels wholly more accessible.

Ys VIII feels like it has borrowed cues from other, more popular JRPG series, such as Tales. Featuring detailed character designs, pretty colors, tons of loot to collect, and an engaging storyline, it takes note of the success of other JRPGs and meshes them together. In addition, Ys VIII is an example of a well-polished title. Thus, despite being a native PS Vita title, the 60 FPS animates itself well. The visuals are fairly humble, yet pretty and colorful, and the game paces itself quite well.

Be on the lookout for Ys VIII: Lacrimosa of Dana later in 2018! Furthermore, if you enjoy JRPGs, check out these noteworthy articles!

Welcome people to the Fall 2018 Anime Sequels Guide. I’m sure you’ve noticed on the site a Fall 2018 Anime Guide. Has already been posted on this site. So why not put this list with that guide? Well, the answer is fairly simple. They are so many god damn sequels airing in this new season of anime. It only made END_OF_DOCUMENT_TOKEN_TO_BE_REPLACED

2 Replies to “Ys VIII: Lacrimosa of Dana is coming to Nintendo Switch.”

So, you must have been binging on Netflix for the END_OF_DOCUMENT_TOKEN_TO_BE_REPLACED

Smut is defined as a style that is regarded as END_OF_DOCUMENT_TOKEN_TO_BE_REPLACED

Manga is full of exciting characters, and today we have END_OF_DOCUMENT_TOKEN_TO_BE_REPLACED

Under this article, I intend to cover some much needed END_OF_DOCUMENT_TOKEN_TO_BE_REPLACED

Welcome to the top 100 hot anime girls list to END_OF_DOCUMENT_TOKEN_TO_BE_REPLACED

Demon Slayer or Kimetsu no Yaiba is here to show END_OF_DOCUMENT_TOKEN_TO_BE_REPLACED

The games depict a life story of  Han Jihan, who END_OF_DOCUMENT_TOKEN_TO_BE_REPLACED