Today I would like to recommend 5 top wuxia novels that you must definitely try to read. Wuxia novels these days have been really popular, especially thanks to the translators who have made it easier to get access to these novels. Earlier it was not possible for non-Chinese readers to read them. Anyway, without any further ado let us start with the list of 5 top wuxia novels.

In order to avenge his master he poisoned millions of people to death using the heavenly treasure sky poison pearl but in the end, he was backed into a corner by his enemies that were after the Sky Poison Pearl, but rather than giving them the treasure he committed suicide by jumping off a cliff.

But after dying, he got reincarnated into a new body, but fate was not so generous as he soon found out that the profound veins in his body were crippled which meant that he would not be able to cultivate (level-up). So to fix his profound veins and to protect his loved ones, he started his journey where he fought many powerhouses, eradicated many sects, met many new friends, conquered many ravishing beauties and was finally able to stand at the summit of this world but is that really all that is to it? Read the novel to go with Yun Che with his exciting & thrilling journey~

The plot is good, it is full of action and thrilling adventures. I bet you will never lose interest as one after other interesting events keep on happening which keeps you completely engrossed in the novel. Overall this wuxia novel is awesome. #myfavoritenovel 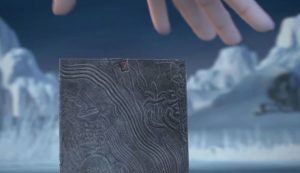 In the Realm of the Gods, countless legends fought over a mysterious cube. However, after the battle, it disappeared into the void. Now, when Lin Ming stumbles upon this mysterious cube and with his quick wits and strong will begin his journey to become the human emperor. Join him on his adventures to see how he grows from a simple boy with average talent to become the greatest cultivator in the 33 heavens and 18 abysses and get known as Human Emperor.

In my opinion, right now it’s better than Against the Gods. The plot is amazing, the MC is OP (Over Powering) and the fights are very thrilling too. #myfavnovel2

The once greatest Saint underneath the heavens has been reborn after one hundred years. He cultivates with mighty skills, and he fights to once again reach the top of the world!

It’s a very funny novel with a good storyline. The main character is very clever and cruel to his enemies but very friendly to his friends. The best part of this novel is of the friendship between him and Big Yellow, both have similar personalities and both are equally cruel too. I’m sure you will like this novel.

One night a mysterious and unexplained phenomenon occurs in the nine provinces. Five years later Chu Feng, a regular outer disciple of the Azure Dragon School, awakens one of the mysterious nine lightning beasts. Also, he discovers an egg sealed inside him. From there we follow Chu Feng as he crosses the continent, beating up the strongest senior brothers, raiding tombs, destroying sects and as well as he conquers beauties.

In my opinion, this novel is awesome and fantastic although it does have some repetitiveness. Although the plot is very huge it still makes sense. Even though the main character has a very satisfying and cruel personality the way the main character and the other main characters show pretty good character development makes this novel interesting. So while it does have a bad chapter or two here and there you (can’t be possibly expecting it to be perfect, especially with the sheer huge amount of chapters) the novel will keep you entertained for the most part.

Author: I Am Superfluous; 我是多余人

This novel is about the main character, named Qing Shui, who after getting reincarnated into this life uses the heaven-defying treasure – the Realm of the Violet Jade Immortal to forge ahead his path to seek the heavenly dao, and to seek vengeance for the one who had forsaken his mother! But the trouble just doesn’t end here, in order to protect his friends and help his clan to revive, he cultivates day and night without wasting a second!

Accompany him on his thrilling adventures and find out how he conquers many heaven-defying beauties and becomes the strongest in the nine continents.

This plot of the wuxia novel is good overall even though at the later parts it gets to be a little slow. The novel is still enjoyable. The best thing about this novel is that the main character actually keeps on honing all his skills like alchemy, blacksmithing, painting, crafting, and many other more skills rather than discarding the skills like other main characters from other novels. I hope that you would enjoy reading this.

In a new age where people get teleported to another end of the universe, gaining new abilities from eating a powerful beast. Han sen our protagonist who has quite a luck and gains a treasure that helped him become powerful a little faster, but he is also a very self-reliant person. By becoming more powerful people get titles like an aristocrat, evolved, demigod.

This novel has great potential, the character building and story development seem nice. I love the concept of this novel, gaining beast souls that can have different uses. If you like overpower MC, romance subplot not harem based but this story had the main girl and Interesting world. Go for it, there’s nothing more, nothing less. A few ‘genetic’ based novels released right now, but somehow I feel this one be the greatest of them all. It’s a shame that such a good novel is starting to be ruined because the translation is getting sloppy. So just read it for what it is and don’t take it for what it isn’t. 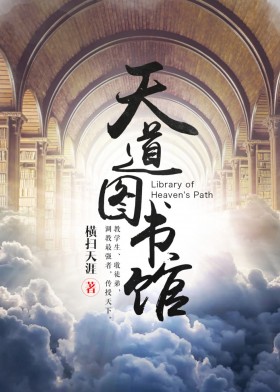 Zhang Xuan is our protagonist who traverses into a foreign world and becomes a teacher. Where a mysterious library appears in his dreams. Said virtual library exists in his head, and it does two things: by observing people or objects, he can gain a detailed description of them (with emphasis on their weaknesses and flaws), and by opening any books the Library creates a copy in his head which he can freely access and commit to memory.

So this wuxia novel begins really well and the story itself isn’t bad. It’s a have a decent plot, nice comedy, no beta MC or anything. But it follows the exact same formula as other novels. Like, the MC will ‘randomly’ run into famous people, end up at some event, or some situation where someone is helpless. Regardless, the novel is hilarious and its character development touching. Suffice to say, just being able to read about the MC turning from some devil-may-care transmigrant into a true teacher who truly does care about his students makes reading this novel worth it.

The main protagonist is Young Chen Xiang he been stuck with misfortune because he was born without any spiritual vein so he cannot practice martial arts. But he had a fateful encounter with a goddess and demoness. Suddenly this made his life a big turn for the better path of cultivation and alchemy. As his lifelong adventure, he comes across many secrets and mysteries hidden in this world. While he flirts with women, he makes friends and challenges the lords, immortals, and the devils to the material world.

The storyline seems basic wuxia novels, where the MC almost never loses. Just before facing a stronger opponent, MC will have grown stronger just enough to defeat the opponent. Which makes this novel with good settings, not to be overpowered but too powerful enough to make the story balanced. But this novel is harem based some of them are older or both teachers and students with a specialty in various things like alchemist and refining. 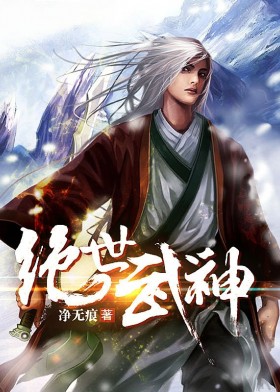 Lin Feng is an ideal man who is a very diligent and hard-working good guy. He studied hard and stay out of trouble to make his family proud of him. But once he was tricked, and sentenced to 10 years in jail and framed for a crime he never had done. He had to lose everything he earned all his life. If his life was over he would take those who ruined his life with him. But when he wasn’t dead, He was alive in the body of Lin Feng of a different world. This Ling Feng was killed as trash of cultivation. This world is where the strong had no regard for human life and would kill freely if they had the strength. Now Ling Feng is with vengeance in his heart, he will rise to new heights of opposing the will of heaven and earth.

The early part of this wuxia novel was good unlike other novels, but the author has creative ideas but bad story writing skills. Talking about the main character (MC) ‘s initial background and abilities, such as being reincarnated from Earth, don’t mesh at all with information in the latter half of the story. Characters in this novel are one dimensional you don’t feel like oh this guy has other sides, they only have one side. Despite this novel’s flaws, it is better than a lot of the other novels out there.

10. Reincarnation of the Strongest Sword God

The MC gets transported 10 years back into the past before he started playing the game. With his knowledge of the future, he starts his conquer of the virtual world. This time, he will not be controlled by others. Previously the Level 200 Sword King, he will rise to a higher peak in this life. Methods to earn money, Dungeon conquering strategies, Legendary Quests! Equipment drop locations, Undiscovered battle technique, Even the secrets Beta Testers were unknowledgeable of, he knows of them all. He will experience massive wars, life advancement, entering Godhood, sword reaching to the peak; a legend of a man becoming a Sword God has begun.

This novel is good to read, the author throws different kinds of obstacles on the MC even though its kinda repetitive, It still entertaining. All the adventures involved in the story is fun and entertaining it’s just there’s still a lot of room for improvement. I hope the author will add more details in other parts of the story. In general, this novel is brilliant and makes it to our list of top wuxia novels.

So with this, the list of 10 top wuxia novels is complete and I hope that you have found it useful. Do let us know your thoughts on this list in the comments below.

I’m a total fan of Japan and Japanese culture. In fact, my wish is to go and live in Japan. At least for some short period of time to see how things really work there. Because, like every other country, Japan also has some good and some quite bad sides. But, in this article, we are going to focus only on END_OF_DOCUMENT_TOKEN_TO_BE_REPLACED

One Reply to “10 Top Wuxia Novels (Chinese) That You Must Read!”

So, you must have been binging on Netflix for the END_OF_DOCUMENT_TOKEN_TO_BE_REPLACED

Smut is defined as a style that is regarded as END_OF_DOCUMENT_TOKEN_TO_BE_REPLACED

Manga is full of exciting characters, and today we have END_OF_DOCUMENT_TOKEN_TO_BE_REPLACED

Under this article, I intend to cover some much needed END_OF_DOCUMENT_TOKEN_TO_BE_REPLACED

Welcome to the top 100 hot anime girls list to END_OF_DOCUMENT_TOKEN_TO_BE_REPLACED

Demon Slayer or Kimetsu no Yaiba is here to show END_OF_DOCUMENT_TOKEN_TO_BE_REPLACED